Generation Earth, the first PPS Open Game Event, was carried out by CLAC in Palermo on the 26th of October 2020.  Generation Earth was conceived as a game experience about the very first phase of a placemaking action. In this phase, the objective was to recognize and get familiar with a specific place and environment in order to start the process of taking care of it. 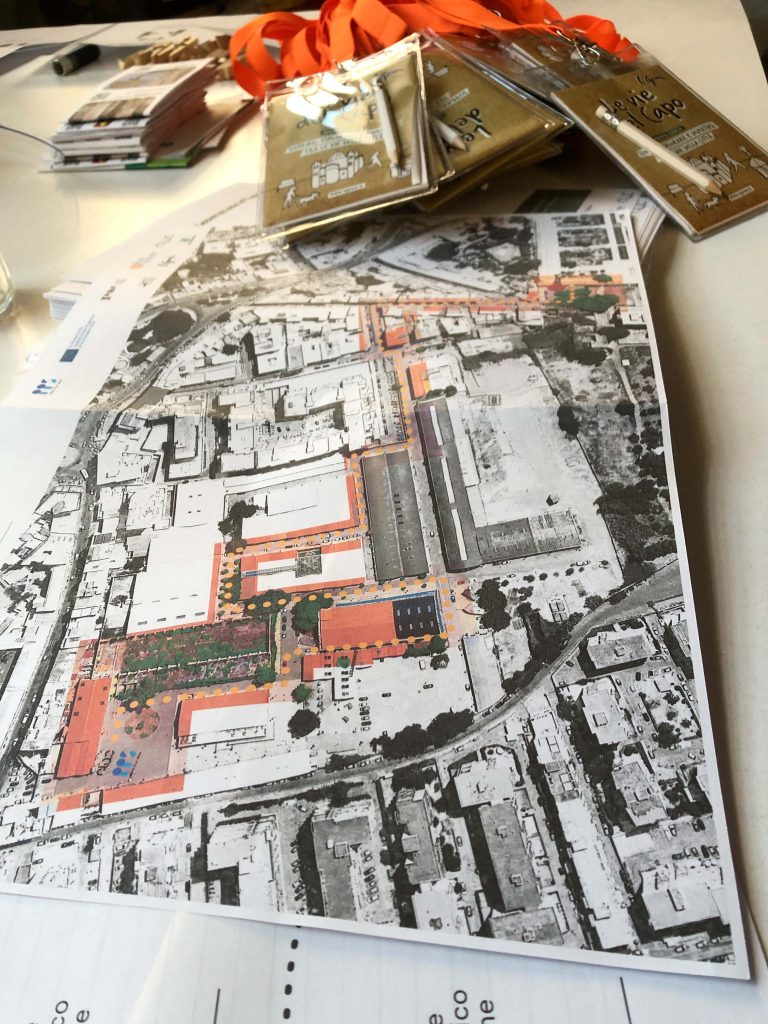 The game was based on the New Anthropocene framework and it considers garbage and litter as traces of an investigation. As traces of our era. A leaf, a cigarette butt, a flyer, a can… These are waste that we usually find on the streets; but if we change our lenses, these objects can become precious clues, ready to tell us a story.

The game was played by a group of more than 35 teenagers and volunteers, and was carried out in three phases.

The first one, was a search. In this phase, players had to select, on a predefined trip, between 4 and 8 elements of garbage.
During the second phase, a group of experts explained to participants the materials they selected.

In the third phase, players had to invent a small story about the things they collected.

The Generation Earth game was able to identify the state of a place while highlighting that the things people found out there had a backstory to tell. Before, one could have considered them as just useless refuse, but now players were able to identify their previous function and the service they provided.

The location chosen for the game was the “Cantieri Culturali alla Zisa” and its neighborhood, the same one where the Creative and Capacity Building Workshop of CLAC was held.
The game started from the garden of the Zisa Castle, in front of the association “La Casa di tutte le Genti”. Participants were divided into small groups of 4 or 5 and started their trip guided by a volunteer with the objective of collecting 6 traces or elements from the ground. The volunteers were former participants from the CLAC Creative and Capacity Building Workshop celebrated last July! (together with people from the different organizations involved).
Arriving at the Legambiente site, each group presented the objects they found and experts described the characteristics of the materials.
During the game, 5 stories were developed on approximately 36 objects found during the tour. Objects like bottles, cans, corks, plastic snakes, or medicine blisters, became part of different tales and each one of the stories talked about the place and the uses of such objects within that spot.
The game ended up with a brief presentation by each of the 5 groups. These were their stories:

STORY 1: A piece of paper, a wood-stick, a cork, and a candy card

Once upon a time there was a young boy.
The boy lived on a branch of a tree and one morning he was eating a golden candy, when suddenly the branch broke. The boy fell to the ground, hit his head and no longer remembered what he was doing but found a branch of the tree and the candy paper.
At one point he saw a cork moving and began to follow it. Looking closer he realized that the cap was tied to a plastic thread and was pulled by a beautiful girl. Then he remembered everything, he was on the branch of a tree because of a spell that was broken by the intervention of a girl who gave him a golden candy. Now all that remained was to pick up all the pieces of the story from the ground and tell another.

STORY 2: A ticket for the Zisa castle, a hair pin and a used coffee cap
Once upon a time there was a young lady. Her name was Vanessa.
A sunny sunday Vanessa took a walk with her dad to Zisa’s garden.
They went to buy tickets to enter the Castle, which was still closed because it was too early.
While they waited, they entered a bar to have breakfast. His dad liked the coffee very much and asked for a sample so he could buy it back.Once back at the castle, Vanessa tied her hair from being too hot. Before going home he started playing with the dogs he was in the park. While they were playing, both the coffee bag and the castle ticket fell out of their father’s pockets. After a few steps Vanessa untied her hair and she too fell the hairpin she had used to tie it.

STORY 3: A pack of cigarettes, a plastic cup, a dry leaf, a pack of chewing gum, a package of a medicine for stomach, USB adaptor, a flower, the paper of a candy
The title was the drunkard… then Healed.
Once upon a time there was a boy named Federico who drank and smoked. One day he accidentally ate a leaf. Waking up the next day he found that his breath stank. So he decided to go and buy some chewing gum. While on the road he remembered that he had dropped some wine on the USB power adapter before falling asleep. He got a lot of pain because of his bad habits and so he took medicine for the pain. Along the way he met a beautiful girl and gave him a flower and together they ate candy.

STORY 4: A bottle of medicine, Cigarette paper, Wine carton, a mysterious metal tool, a plastic piece of a toyO
ne afternoon, we were together and we decided to collect some objects, as evidence of what was on the ground. We found 5 objects.
Among these the most incredible was a metal object, made up of many plates. It was so tiring that even Google couldn’t tell us what it was.

STORY 5: A rubber snake, a clothespin, a bottle cap, a paper handkerchief, a piece of wood, a flower, a pine cone, a stone
Once upon a time there was a girl who was under a tree. A flower fell on his head, but alas also a pine cone. Looking around he saw a boy drinking from a can. Fortunately, the boy had a plastic cup with him and offered the girl a drink. After drinking, the girl walked home and tripped over a stone, peeling her knee. Then he dried himself with a handkerchief. Once back home, she washed the dirty clothes and hung them with a clothespin. Meanwhile, the brother was playing with a plastic snake and a metal cap. Fortunately, the knee healed soon and the girl was able to go out with the mysterious boy who had offered her a drink.

In the framework of the event “Generazione ’Ntierra” (Generation Earth), organised in the Cantieri Culturali alla Zisa (Palermo), CLAC is organizing the first Open Game Event (OGE) of Public Play Space.  The main objective of the OGEs is to engage local stakeholders (including neighbourhood associations, policy makers), architecture and design students, and citizens in order to raise awareness on the importance of participation in cities’ design and on the potentials of games in placemaking.

The Open Game Event Generation Earth is a game about public space, community, memory, and materials, aiming at exploring the state of a particular public space based on a reflection on garbage and objects abandoned by citizens.
How can a public space represent its community? Can objects which populate neglected in public spaces offer tools to discover the community behind them? And also, can a similar process of discovery help to strengthen communities and engage them in the co-design of the public space?

The Open Game Event offers a toolbox for the placemaking process, which is enhanced by the use of a playful approach to engage the audience and the application of IT technologies to collect data on the users’ behaviour during the event.

The location chosen for the game is the public cultural district of “Cantieri Culturali alla Zisa”,  an important public space in the city of Palermo, and its surrounding neighborhood. It is the same public space that hosted the previous activity of the Project, the Co-Creation and Capacity Building Workshop. During the workshop, 20 participants divided into different teams, were trained in the use of games for placemaking, and developed 5 different projects of Games, on which the Open Game Event has been designed.
To have more information on the Co-Creation and Capacity Building Workshop, visit the webpage at this link.

HOW
The Open Game Event is articulated in three phases.
The first one will be based on a research of discarded objects. Players will explore the space and select a certain number of items that can be considered as natural or artificial waste. The number of these elements can vary between 4 and 8 items. The location of these objects is mapped and shared on an online platform.
In the second phase, a group of experts in the field of sociology, environmental, and urban design, will explain to the participants which are the characteristics, properties, and possible previous life cycles of the materials they selected.
In the third phase, the players will be asked to create a short story about the objects collected, in relation to the space and the community behind them. The best story will win the competition.

The Open Game Event aims at exploring the state of a particular public space based on a reflection on garbage and objects abandoned by citizens. At the same time, it pretends to talk about those things that can be found, and try to figure out the story behind them. Objects that are today discarded in the streets and considered as useless, had a previous function and can have a new role to play today.

The game will involve different groups of 20 participants each. The audience includes citizens of different ages, including children and elderly people.

The events aims at engaging stakeholders (neighbourhood associations, policy makers), architecture and design students, and citizens (including people that attend participation meetings as well as people that are not common participants in these kind of activities, such as infants, and migrants) driving their attention on the importance of participation in cities design and on the potentials of digital technologies in this context.

In this way, the interest in game and advanced technologies for placemaking will rise amongst new audiences, as well as engaging such audiences in the process of co-design and placemaking of the public space they inhabit.

Each event will take place along 1 day. Stakeholders will be engaged in co-designing one neighbourhood in a target city. This activity will allow cultural operators and public institutions representatives to experiment the use of novel methods of co-design and placemaking with a wide public as well as to collect data about the citizens needs and desires. It will also engage citizens in co-creation processes by strengthening their confidence with participatory processes, education on inclusiveness (learning about other citizens’ needs and desires) and on sustainability (co-designing more efficient and resilient public spaces). 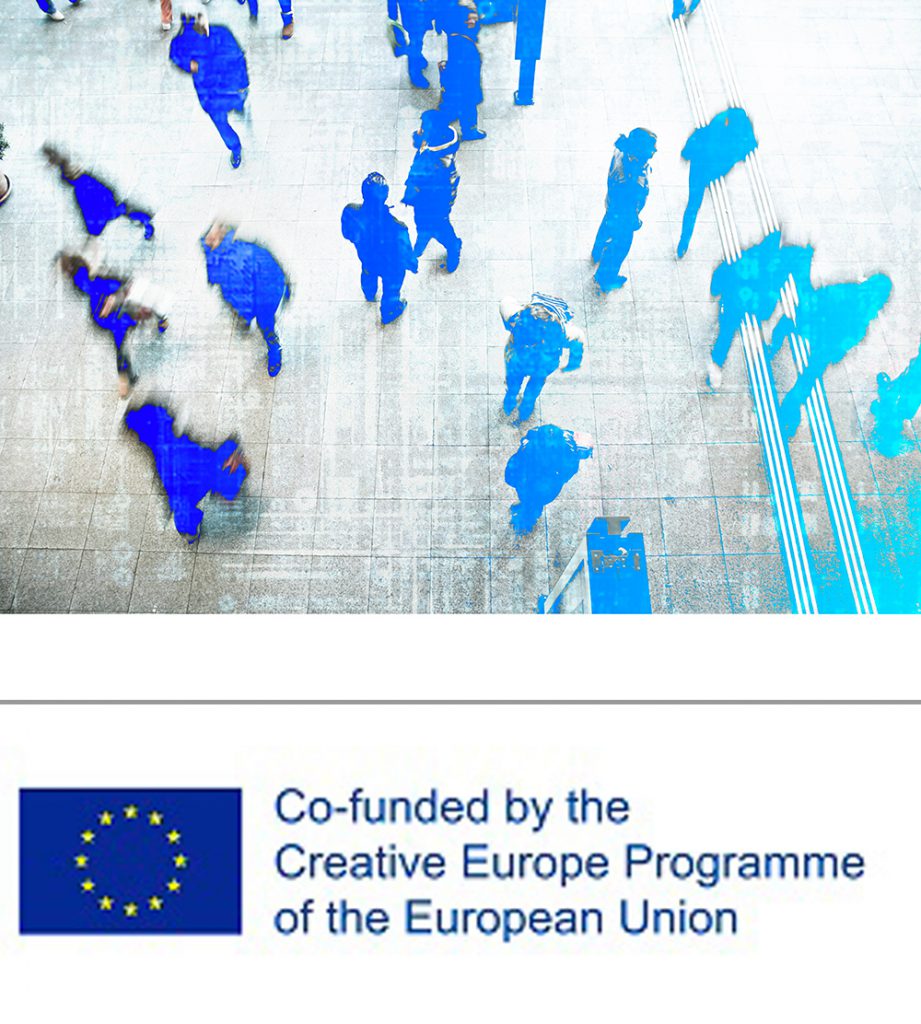