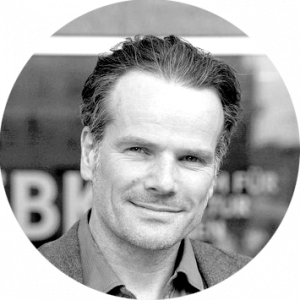 Prof. Dr.Ing. Jörg Rainer Noenning is Professor for Digital City Science at the CityScienceLab at Hafencity Universität Hamburg and director of the WISSENSARCHITEKTUR Laboratory of Knowledge Architecture at TU Dresden. Fom 1992 to 1998, he studied architecture at Bauhaus Universität Weimar, Polytech Krakow and Waseda University Tokyo. Between 1998 and 2001 he practiced as architect in Tokyo. From 2001 he was Research Associate at TU Dresden, where he was appointed Junior Professor for Knowledge Architecture (2009-2015). He was Visiting Professor at Universitá degli Studi dell´Aquila, ISEN Toulon, Voronezh State Technical University and Toyo University Tokyo. He has published several books and more than 100 scientific papers and essays.    His work has won several prizes, scholarships and awards, including the Grand Prize of the European Association for Architecture Education (EAAE), the Hamburg Open Science Award, or the Ralf-Dahrendorf-Preis for European Research. Since 2007 he is married to Yoco Fukuda-Noennig; they have two children.